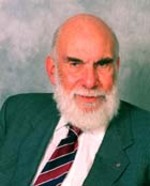 Geoffrey BoltonDuring the 1980s and 1990s Family History has increased immensely in popularity and probably even outstrips oral history as a form of research into the past which can be undertaken by intelligent and motivated members of the public who do not necessarily possess an academic background. Its popularity probably reflects the growing realisation that we identify with a multicultural Australia but most of us do not wish to lose some sense of our ethnic roots. The quality of family histories varies enormously, but even the most amateurishly compiled of them contributes a piece to the mosaic of Australian history.

Clive Hamer's account of the five branches of his family is far from amateurish. It has been carefully and critically compiled over several years of research and includes hundreds of individuals ranging from a number of very distinguished people to some very obscure characters whose existence might have been forgotten but for the persistence of the historian. Taken in all this Family History offers a striking account of the processes by which transplanted English and Irish men and women became Australians. It makes a good read even for those like myself who are not members of the extended Hamer family. For members of the five families concerned it will be a cause of pride and pleasure to be part of a family history which, because of its extensiveness of background material that traces the link between England and Ireland and Australia is in many respects a model of its kind.